After a deep personalized study of the patient, we can determine what practices, herbs, and medicated oils are more suitable. It goes case by case but always has to be done under a supervision of an Ayurvedic doctor. There is no remedy that works for everyone, except the principle that herbal medicines or diet will not be effective unless the channels are cleaned and the vitiated doshas and malas are removed.

It is alarming to see how people are promoting Self- Panchakarma at home. With all my respect, that is not Panchakarma. It could be called a detox program or rejuvenate program instead. It requires a good team of professionals, isolation, and real surrender to go through it. People who have studied Ayurvedic Medicine with many years of practice know that is not possible to have done it by oneself properly obtaining the same effects, using the same amount of herbs.

Another point that I would like to mention is that full Panchakarma programs are not allowed legally in Europe. Even though many practices are safe under good professional supervision, we are not allowed to perform all the Karmas (activities). It is a fact that at the same time many things can go wrong, and in Europe, we do not have on hand all the tools and herbs for all the possible reactions, as we have in India. Also, we are not even allowed to call ourselves doctors within Europe, to protect the allopathic medicine.

Another point to highlight is that if someone is trying ¨to sell you¨ a quick fix Panchakarma consider all the above before signing in for the adventure. Because it takes time, it requires preparation, right surroundings, good professionals, years of experience and many tools on hand to be ready to react in case something pops up.

We need to know that when we apply these therapies correctly is the most effective preparation for medicine, but when is done incorrectly can cause severe diseases. This fear caused many doctors in north India to use other slower methods of purification.

As described in Caraka Samhita. This method is more radical and profound in their action to remove the waste products (mala) of the body. It is very effective.

A milder form, more similar to Purva karma (or preliminary therapies) according to Prof. R.H, Singh and Atreya Smith. They are safer and quite popular.

Preliminary: Purva Karma to get ready

First, it is advised to perform (Shamana) palliative diet and medicinal therapies beforehand for preparation. The doctor will perform a deep evaluation and will provide you with the write guidelines for your situation. Secondly, we need to follow some Purva Karma therapies, the first Shodana therapies; The goal of these practices is to soften the tissues and bring ama (toxins/ undigested food) to the digestive system to be able o expel them during Panchakarma.

Pachana s the first step to correct the digestion which depending on the personal constitution and situation will be from 3-10 days minimum. Since the general digestive capacity of the people is low, it is suggested at least 1 or 2 weeks of Pachana, which it will be followed along all the Pancha Karma process. Providing small amounts of Satvic food which regulates Agni. It is the best way to burn ama – toxins, ¨starving¨ a person.

Snehana means oleation. Internally (in the form of oil, ghee, animal fat or bone marrow) and externally, which cannot be performed until 3-10 days from the start day of the Pachana

After internal and external sudation, only then, the body would be ready for the Panchakarma. 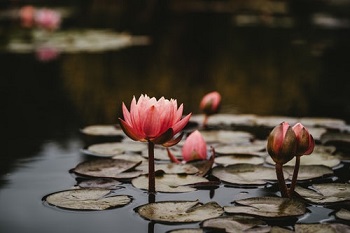 Time of the Primary phase:

Karmas to be performed:

The process by which Kapha and pitta doshas are eliminated from the stomach through the mouth (vomiting). It works on the earth and water element (Kapha) but it works on Pitta dosha as well since Pitta has an action in the lower stomach. (CS.SS. 1 & 2 / AH. SU. 18) There are several rules depending on the conditions and always the number of vomiting per day should be measured to guarantee that effective practice. The more vomiting the more dosha aggravation. Special fasting diet must be followed.

The process by which the vitiated Pitta is eliminated from the body through the anal passage (purgation). This removes all three doshas from the gastrointestinal tract but is mainly effective on the Pitta dosha and pitta organs (liver, gallbladder, etc) as it works on the water and fire elements. (CS.SS. 1 & 2 / AH. SU. 18) There are also many rules, indications. The evacuated matter must be measured and subtracted from the quantity of medication given to know how much dosha/mala is being evacuated from the body. Virechana can be given, after finishing Vamana followed by a normal light and warm diet for 3 days. During Virechana, specific fasting-diet per constitution and situation should be given.

Medicated oils and/or decoctions are administered into the large intestine. It is the main therapy for Vata dosha in its primary site of the colon and it works mainly on the air element. Charaka says that while Vamana, virechana, and Nasya form 50 % of the Panchakarma, Basti is the other 50%. (CS.SS. 1 & 2 / AH. SU. 19) According to the anatomical site, there are rectal, vaginal, urinary bladder externa wound bastis. Depending on the therapeutic action needed they can result; purifying, remove Kapha or Ama, adding oleation, adding strength, as palliative or according to dosha predominance. The number of bastis will vary per course of treatment. Example: Yoga basti (8 bastis), Kala Bastis (16 bastis), Karma Basti (30 bastis). Decoctions for adults will vary from 400ml to 1000ml, while the amount of medicated oils from 400ml to 600ml.

Medicines are introduced into the head by the nasal passages. This one is easy to perform, and it works on the ether element. It has a therapeutic effect in all the doshas and subdoshas as it pacifies Prana Vayu immediately and Prana balances all others doshas. Once the doshas are controlled they are evacuated through the nostrils. It is also very much indicated in disorders of the head, neck, and shoulders. (CS.SS. 1 & 2 / AH. SU. 20) Depending on the medicines its action can be purifying, maintaining and reducing the doshas or strengthen and nourishing the body. It can be used herbal extracts, liquids, inhaling smoke, powders, oils, etc. An oil massage on the head should be done before performing Nasya after applying hot water towels on the face to open the channels.

It is useful for cleaning the blood and reduce issues due to impure blood. It can be done locally or for the whole body. This treatment is especially valuable in different skin infections, such as psoriasis, dermatitis, in local lesions such as abscesses, pigmentations, etc..

The success of the whole treatment will depend not only on how well has been performed previous steps but how much care we take in this phase. Usually should be double as long as the total length on the previous length. Here is where most cases go wrong. Many people go to India and think is done, so they come back to their daily lives forgetting about this procedures. We can classify them on 3 types:

If we do not follow the specific diet after the purification the Agni (digestive capacity) will not be able to regain its power. The disease can manifest. (CS.SS.1) Depending on the situation and constitution, minimal performance should be done from 3 to 7 days.

After Samsarjana the patient is allowed to eat 1 day of the normal diet. In the classical texts, this therapy is never given before Pancha Karma therapies as they are not so effective. An average per fruit (medicine) is 49 days as Charaka suggest.

3. (Shamana Prayoga) The maintenance and prevention of disease.

Palliative therapy. Making sure that we incorporate a suitable diet and Dinacharya (daily routine) per constitution and we eat according to our Agni digestive capacity.

Why should you undergo Panchakarma therapy?

In case you are facing chronic health issues, you are planning to conceive or you would like to prevent diseases, this is for you.

Benefits of a well performed Panchakarma

• Purifies the body and eliminates toxins
• Speeds up the metabolism, restoring the digestive fire. Weight loss.
• Unblocks the channels
• Relaxes the mind and body, it relieves stress. It changes on the mental, physical and emotional level.
• Rejuvenates of tissues, it boosts immunity and ojas
• Restores the body’s innate balance

How does it work?

For every Agni in the body, there is mala (waste). Mala is the normal result of Agni metabolism. When the level of ama in the body accumulates to such a degree that can not be eliminated by itself, impairs the dosha movement and functions. This aggravated dosha function is the cause of the disease. Also, other factors that impair agni function create ama – toxins, which mixes with either mala (waste) or dosha. In either case, the accumulation restricts the movement of the doshas in the the srotas (channels) which weakens the dhatus (tissues).

This post was a bit longer than usual, but I hope that you have a more clear picture of what is Panchakarma therapy. It is a super beneficial and transformative experience for everyone even though sometimes might not be so pleasant. It is a fact that not everybody has the time and money to do so, but people in the West should at least reconsidered to make a deep Panchakarma twice in their life before they turn 70 years old.

All the best and wishing you a happy digestion! 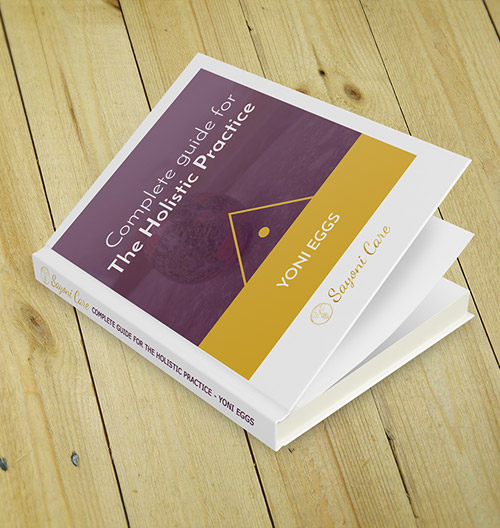 and receive our free E-book: Complete guide for the Holistic Practice. Yoni Eggs.